Role Model School formerly known as Daystar Childcare Centre was established to help busy parents care for their children during the day in a comfortable, spiritual, environment filled with love and to provide high standard and quality education for parents who want their children to have the best kind of education.

The school is not unconnected with the founder’s (Rev. Sam Adeyemi’s) passion for children and youths, and his dissatisfaction with the rising decline in the educational sector. Role Model Schools therefore is one of Rev. Sam Adeyemi’s efforts towards National Renaissance and Development.
Just like many great institutions, the school took off on a humble note as “Daystar Child Care Centre” on 3rd September, 2001 in one of the seven rooms in the basement of the Church’s old facility at 71, Kudirat Abiola Way. Although, it started with a single child and three members of staff, the number of children grew to six by year end. More staff joined in when the Playgroup started in March of the following year.

Expansion continued to three (3) rooms when more children were admitted ranging from three months to two years. The staff strength also increased. In 2004, the children’s population was almost doubled. The increase in the population required a bigger space, thus, we all moved into a larger facility at Akingbola Street in Oregun.

A well articulated curriculum was designed to facilitate the Nursery classes which took off in September of that same year. A school uniform was introduced to the older children and they started learning French, Music and some extra curricular activities.

The first set of our Nursery two Graduands had to move reluctantly to other schools because the primary school was yet to begin, but the parents actually desired continuity. However, most of them returned as soon as the Primary School started.

We moved to Plot A3C, Ikosi Road in September 2008, to commence the Primary School in September with Year One and Two. Activities increased as the population grew, and pupils could learn and enjoy from choice of varieties such as Swimming, Ballet, Music, French, Scrabble, Press, Science Club etc.
The geometric growth of the vision has increased greatly. Presently we operate a Crèche, Pre- school, Lower and Upper primary.

Role Model pupils have been strategically groomed as they move up gradually. The Psychomotor domain of the child is being developed to maintain learning balance. The children are involved in uniform and non- uniform clubs while Co-curricular activities and relevant events that would help parents appreciate their children. These activities are ; Theme Day, Culture Day, Christmas Concert, Open House, Show and Tell, Inter-house Sports, Excursions etc.

The children have been able to stand out positively, have been outstanding in different areas like Music, ICT, Sports etc. and coming out tops in different events and Competitions i.e. 2nd UGRL Inter-School ICT quiz competition, Mathematics Competition etc. Also last year (2013) we produced the youngest Microsoft certified pupil in Nigeria (a nine old boy in year five) and again this year 2014 the feat was repeated by a year four pupil of our school breaking the previous record of the youngest Microsoft certified pupil.

We keep striving for excellence, trusting that God will make them Godly Leaders. 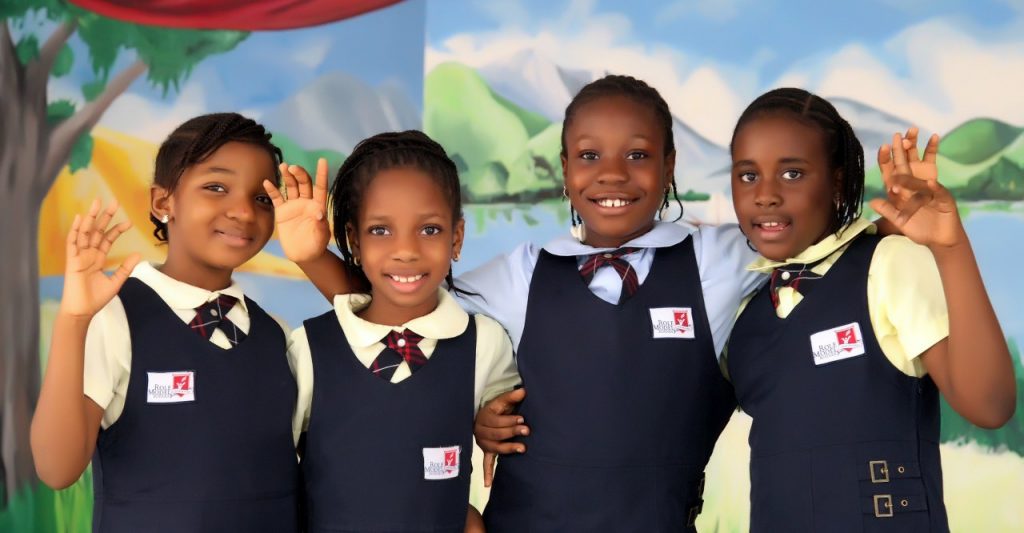 Don’t be left out, Stay up to date with information and latest happenings within the school. feel free to follow us on any of our social media platform.

Our Core-values
Our Curriculum
Staff E-mail

Lets know why you declined.

Please tell us why you declined so we can improve on our policy manual in the nearest future.

Thank you for Accepting.

Kindly enter your name and email address to give your final consent.